Small sampling of my happy clients. 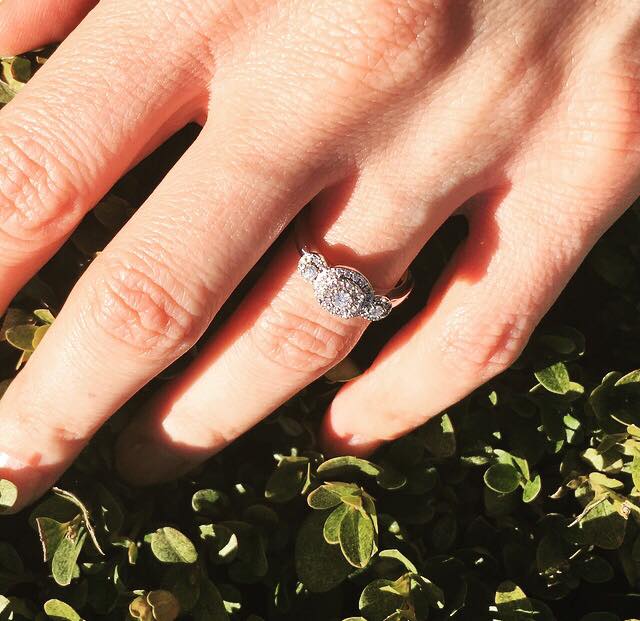 Engagement news!
A client named Mariah - who is a member of my private coaching group - has a beautiful love story that unfolded like a romance novel.
“He liked me from the first time he saw me and asked me out for a date," she said. After a few months, there were many confusing situations that occurred that weren't black or white…I found Karenna and she helped me so much during the next dating stages: how to pace him, how not to overdo TR sometimes, how to apply them the best to my specific case,” she said.
“He was consistent, asked me out every week, introduced me to his family, planning special occasions in advance, buying romantic gifts all the time.”
After about one year, he took her ring shopping and now they are planning a wedding!
“The best part is that he is loving and caring all the time. I am so happy! Thank you so much Karenna! I’m grateful every day for that group and the work you do and the fact that E and S wrote that book ..I hope you know how much impact you have on people’s lives!” 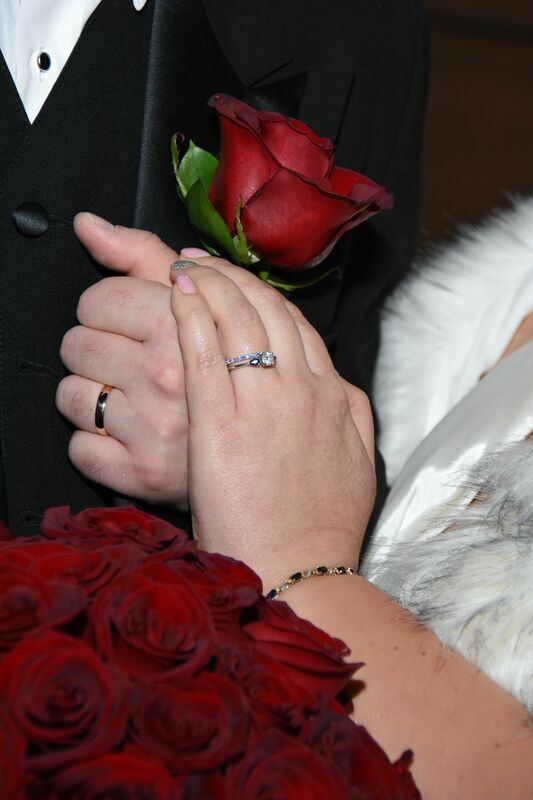 Ladies, keep on going, even in the face of adversity.
Client Ashley Philips had just broken up with a guy, and it would have been easy to give up, or take a super long break from dating.
But she pressed on, and kept at it.
Ashley is OK with me using her name, as she is a dating coach now herself.
She became a client around the time of the breakup and met her husband a few months later on Tinder. “I was getting over a guy and did some serious inner and outer work and got myself out there,” said Phillips. “I was super strict at first...," she said. "I can't thank Karenna enough, she's amazing and inspiring.”
We agree! @karennaalexandergets the guys! - The Rules Book testimonial
Their courtship was romantic, like a fairy tale, and they got married in December.
Moral of this story, ladies, is never give up, even in the face of a bad break-up.
No matter where you are coming from, you can still have that fairy tale. I see it happen each and every day!
The world is abundant and your Mr. Right is just around the corner. 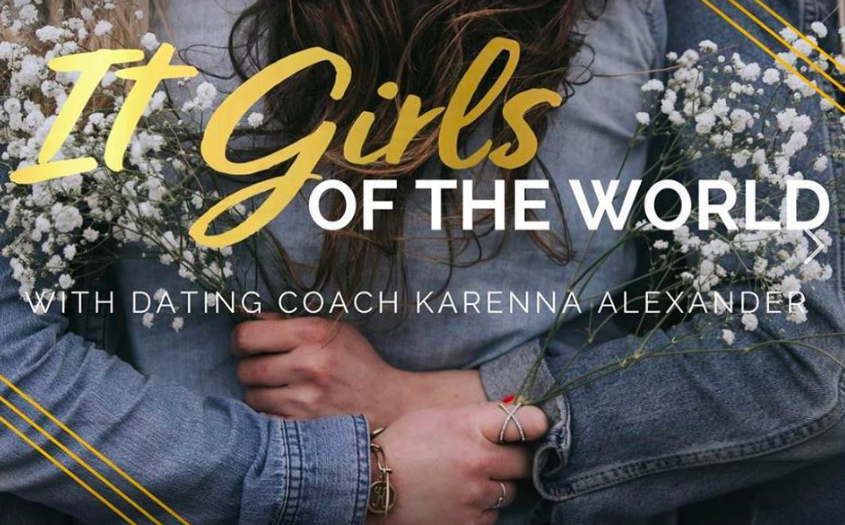 ​When this client joined the It Girls, she was getting over another guy. She went online and had ups and downs like most people. Dry periods. Bad dates. Then, she met the one, and last night they got engaged, after 7 months of dating.
He knew right away. She was a little more cautious. But now she is ecstatic. From the client: “You really encouraged me to dress very sexy which was a game changer for me on many levels. Also your emphasis on mindset was essential. I think changing my mindset and look was key. I went from dry spells to dating four guys at once and turning down dates left and right. I’m not the most beautiful (I’m even a curvy girl) or the most social (I’m an introvert) but it felt really powerful to shift my energy.” "I think I just got less fed up by men. I made it a point to name 3 ways guys are great. Every morning. Venting can be healthy but it didn’t bring me results. I started focusing on the good and being very charmed but uninterested by tiny mistakes/faults."
“Hearing the girl’s stories helped me normalize the hard parts and learn from other’s mistakes before I made them and sharing my own mistakes in an accepting group.”
​ 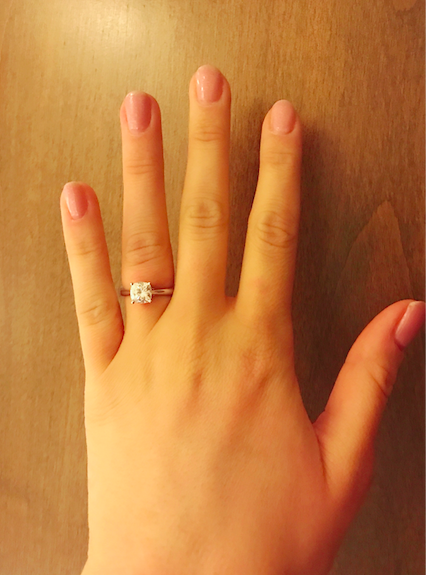 Jenn S. got engaged Sept. 2017,  a little over a year after meeting her Mr. Forever on a dating app.
He’s so in love with her and asked her to marry him on the edge of a pond surrounded by gorgeous plants and flowers.
The night he proposed he told her he wanted to get married soon and be involved in the whole wedding planning process.
We started working together in Dec. 2015 and she went on many first, second and third dates. By summer, she had met him.
Their courtship was romantic and loving and included Saturday night dinner dates, flowers, jewelry, handmade gifts and gifts for her pet.

The first "I love you" was after 3.5 months of dating, and after four months of dating he said he saw them married in the future.
​
“He constantly compliments my looks and how much he loves my easygoing personality. I can't even begin to summarize all kind, generous, and loving gestures he has made over the last 14 months. Whenever I'm with him, I feel calm and at ease...all my concerns about work or life fade away into the background. I can't wait to marry a man that loves and cares for me so much. I truly didn't believe it was possible.”

Jessica's life changed after I taught her self-esteem and boundaries

Karenna helped me see the negative patterns I had while dating and in relationships. Since following her advice, I feel so much freer and healthy about how I behave with men. I can't thank her enough.
Jessica from California, Private Coaching Client 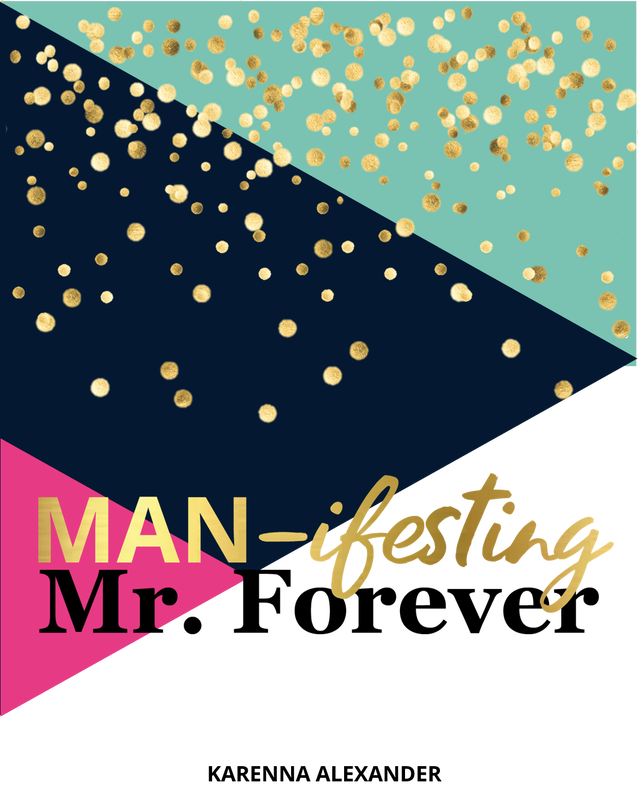 This was the course that I had been searching for my whole life. I wish I had known about Karenna when I was a teen.  I'm just thankful I found her when I did. As a 45-year-old woman, I was so confused. After working with Karenna, I learned so much - and it helped me realize dating doesn't have to be painful or confusing.  Sasha, who took MAN-ifesting Mr. Forever.
UA-79900524-1